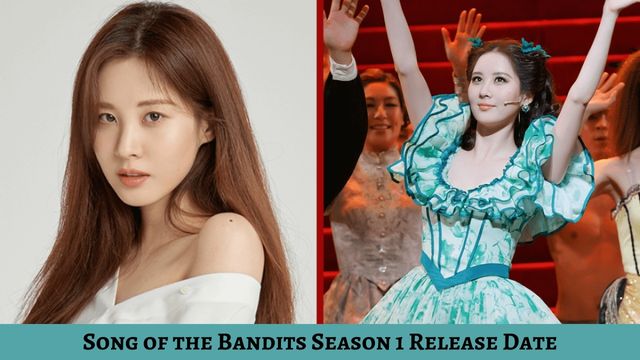 Song of the Bandits, a new Korean drama series, is still being filmed. But since filming is about to end, we expect the series to be on Netflix sometime in 2023. Here’s what we know so far about Netflix’s Song of the Bandits.

Song of the Bandits: Cancelled or Renew

Song of the Bandits: Offical Plot

Song of the Bandits hasn’t been released yet, so we don’t know much about its plot. We got what we do know from mydramalist:

In this 1920s action melodrama, people who have lost their jobs blow a refreshing shot for their families and coworkers. The story takes place during the Japanese colonial rule.

Song of the Bandits: Main Cast

Lee Yoon’s part will be played by Kim Nam Gil. The actor is known for his roles in k-dramas like Pandora, The Shameless, and The Fiery Priest. However, his role in Song of the Bandits will be his official Netflix debut in a drama series.

Nam Hee Shin will be played by Seo Hyun. Song of the Bandits will be Seo Hyun’s first Netflix Original, just like her co-star Kim Nam Gil. The pop star who used to be in Girls Generation is best known for her roles in the Korean stage versions of Gone with the Wind and Mamma Mia!

Yoo Jae Myung will portray the role of Choi Choon Soo. Song of the Bandit will be the 10th time the actor has been in a Netflix Original show. He has already been in several. Choi Choon Soo has been in movies like Itaewon Class, Vincenzo, Juvenile Justice, and The Sound of Magic.

Lee Hyun Wook will play Lee Kwang Il in the movie. Netflix subscribers will be somewhat familiar with his work having starred in originals such as Mine, Remarriage and Desires, and #Alive. Lee Hyun Wook is known for his roles in Search, She Would Never Know, and Strangers from Hell, which are not on Netflix.

Eon Nyeon Yi will be played by Lee Ho Jung. So far, Lee Ho Jung’s only Netflix show was Nevertheless, where he played the supporting character Yoon Sol. Lee Ho Jung has been in dramas like Flower Ever After, Night Light, and Jinxed At First outside of Netflix.

Kim Seol Jin, who plays the role of Kimura, is the only known member of the supporting cast.

The main filming for “Song of the Bandits” began in the middle of March 2022. By the middle of December 2022, all of the filmings will be done.

How many episodes does Song of the Bandits have?

The actual number of episodes has not yet been disclosed. We anticipate between six and twelve episodes of the drama.

Amazon Three Pines Release Date, Cast, Trailer, and What We Know So Far…..

Are you anticipating viewing Song of the Bandits on Netflix? Please let us know in the comments!