How much is Shaun White worth and the property he has? 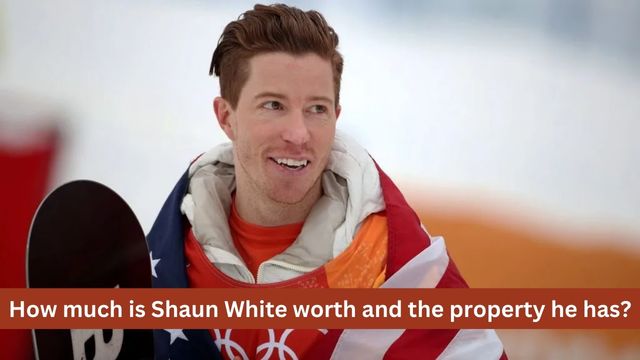 Shaun White was born Shaun Roger White in San Diego, California on September 3, 1986. He was raised by his parents, Roger and Cathy, as well as his older brother Jesse and sister Kari. Born with Tetralogy of Fallot, a congenital heart condition, Shaun underwent two open-heart surgeries as a toddler. In an effort to imitate his brother, he began snowboarding at a young age, and the White family frequently visited the Bear Mountain and Okemo Mountain ski resorts.

Shaun began winning snowboarding competitions at the age of seven, and he also excelled at skating; after meeting at a skatepark in San Diego when he was nine years old, legendary skateboarder Tony Hawk became his mentor.

Shaun White’s Net Worth and Salary

According to Celebrity Net Worth, Shaun White is a $65 million net worth American snowboarder, musician, and skateboarder. White, nicknamed “The Flying Tomato” due to his unusual red hair, is one of the most successful and well-paid Olympians of all time. He has three Olympic gold medals, 11 ESPY Awards, and 15 X Games gold medals to his credit (13 for snowboarding and two for skateboarding).

Shaun inked a multimillion-dollar 10-year endorsement deal with Burton Snowboards in 2009, and he has a close corporate relationship with the energy drink Red Bull. Target, Oakley, Hewlett-Packard, and Ubisoft are among the other companies that have endorsed him. These agreements enable Shaun to earn an estimated $10 million per year without ever strapping on a snowboard.

Shaun was in a relationship with Phantogram vocalist/keyboardist Sarah Barthel from 2013 to 2019, and he began seeing actress Nina Dobrev in early 2020. Former Bad Things drummer Lena Zawaideh sued Shaun in 2016 for breach of contract and sexual harassment; the lawsuit was settled in May 2017 for an unknown price. In September 2012, White was arrested in Nashville, Tennessee, for vandalism and public intoxication after attending the wedding of The Black Keys’ Patrick Carney; the charges were eventually dropped.

He earned gold medals in vert at the X Games in 2007 and 2011, as well as silver medals in 2005 and 2010, and a bronze medal in 2008. During the 2018 Winter Olympics, White established the record for the highest score in the men’s halfpipe with a score of 97.75. Shaun got the “Revolver” Golden Gods Award for “Most Metal Athlete” in 2009, and “Snowboarder Magazine” placed him tenth in the world that year. He has twice been named Rider of the Year by “Transworld Snowboarding.”

Shaun is a kind of underground real estate tycoon that owns a number of luxury properties around the world. In 2014, he paid $8.94 million for a Malibu ranch house with three bedrooms, and in 2020, he sold it for $11.8 million. White simultaneously listed his second Malibu property for $12.75 million. Shaun sold his 4,500-square-foot Hollywood Hills property for $6.7 million in 2017 and listed his New York City penthouse for $2.79 million; he relisted the penthouse in 2019 for $2.95 million.

2022-10-18
Previous Post: Who is Pedro Martínez and What is Her Net Worth?
Next Post: Hasbulla Magomedov Net Worth: How Wealthy is “Mini Khabib?”