By: Piyush Thakur
In: Anime
With: 0 Comments 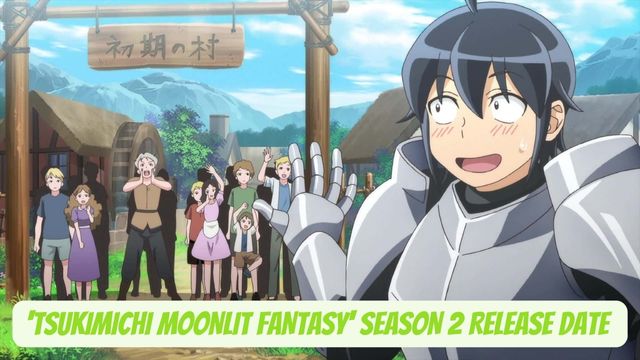 Most heroes in isekai anime are transferred to a fantastical world with the blessing of the gods. However, when it comes to the protagonist of the anime ‘Tsukimichi: Moonlit Fantasy,’ the contrary is true.

Even if his story of traveling to another planet falls into many stereotypes of the isekai anime genre, the fact that the show’s main character is genuinely reviled by a god distinguishes him among isekai heroes.

Nonetheless, this 2021 anime was so popular that its creators have approved a second season. The series is a self-described “social reform fantasy” based on Kei Azumi’s light novel and manga series of the same name (via Anime News Network).

The first episode of Tsukimichi Moonlit Fantasy came out on July 7, 2021. It is one of the most popular Japanese Anime TV Series. This show became very popular after just a few episodes, and now it’s on Season 2, which is its second season.

What Is The Plot of ‘Tsukimichi Moonlit Fantasy’ Season 2

Season 2 of ‘Tsukimichi: Moonlit Fantasy’ is expected to follow up where season 1 left off.

By the end of the first season, Makoto has fought and defeated the strong warrior Sofia Bulga (Miyuki Sawashiro) and the dragon Mitsurugi (Souma Saitou). The two join the demon army’s mission to exterminate humanity, but Makoto intervenes.

The plot of the second season remains unknown. However, based on where the previous season ended the source material, will most likely cover Volume 5 of the manga series.

Makoto, Mio, and Tomoe ultimately arrive at the Rotsguard Academy in Volume 5. Makoto wishes to enroll as a student and share his Earth knowledge.

However, he mistakenly took the teacher job exam rather than the student entrance exam. Makoto abandons his initial ambition to become a student in favor of working as a teacher while continuing to run his merchant company.

The students had no idea a “devil teacher” was among them. Makoto’s class lectures became popular over time due to their emphasis on the actual battle and combat experience. Students have been dying to enroll in his class, even during summer vacations, because the school has never had such practical training.

Some of these students we met during the first season. Makato saved both of Rembrandt’s daughters, Sif and Yuno, and it’s clear that they both like him.

During the school festival, there will also be activities to look forward to, including a fighting competition that will serve as the main event. However, the season will not be all fun and games as Makoto and his students will face some disasters.

That is until the goddess who summons him finds Makoto so repulsive that she banishes him to the outskirts of the wasteland. Despite this setback, Makoto is more powerful and successful than nearly everyone else in the world.

His success is due to more than just his overwhelming magical power. Makoto also has a few allies, primarily Tomoe and Mio, who are voiced by Ayane Sakura and Akari Kitou (Myanimelist).

Tomoe and Mio are powerful in their own right as a powerful dragons and spider-monster, but they also form contracts with Makoto to be his servants after each suffers defeat at his hands. Together, the three of them adventure, trade, and work to improve the world.

Where Can I Watch ‘Tsukimichi Moonlit Fantasy’

The wonderful thing about anime shows is that they are generally available to stream online and on multiple platforms. This is the case with “Tsukimichi: Moonlit Fantasy,” the first season of which is now accessible on Crunchyroll and HBO Max. Both services feature all 12 episodes of the first season, which run approximately 23 minutes each. Neither platform provides dubbed episodes, although English subtitles are available.

What Happened at the End of Season 1 of Tsukimichi Moonlit Fantasy?

Tsukimichi Moonlit Fantasy is an adventure fantasy series with a problem. The plot centers around Makoto, who has been sent by his parents to another world to meet the goddess and become the hero, but is forbidden even to be seen by the deity and is given the ability to understand all languages save human language.

With this, he is transported to the most remote wastelands, where he meets a variety of species, and his ability to connect with anyone makes him the head of a society that sets out on a trip to discover the human race so that Mokato can once again unite with his race and grow. By the end of Season 1, Makoto has declared war on the demon army.

When did Tsukimichi Moonlit Fantasy come out for the first time?

The first version of Tsukimichi Moonlit Fantasy came out on July 7, 2021.

How many seasons are there of “Tsukimichi Moonlit Fantasy”?

Tsukimichi Moonlit Fantasy has a total of 2 seasons.

When does Season 2 of Tsukimichi Moonlit Fantasy come out?

The second season of Tsukimichi Moonlit Fantasy should come out in September 2022.

Is the trailer for the second season of Tsukimichi Moonlit Fantasy out?

No, the Trailer for Season 2 of Tsukimichi Moonlit Fantasy has not been released yet.

What kind of show is Season 2 of Tsukimichi Moonlit Fantasy?

Isekai and fantasy are the genres of Tsukimichi Moonlit Fantasy Season 2.