Who is Vanessa Merrell Dating? About Her Marital Status? 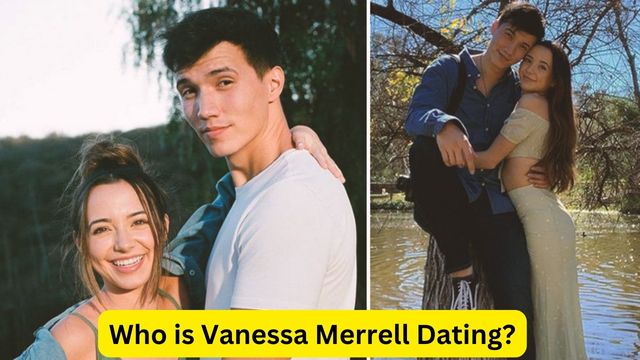 Despite the fact that the number of YouTubers and content creators has grown substantially over the years, a handful of them has established their fanbases over an extended period. Among these YouTube veterans were the Merrell Twins, Veronica and Vanessa!

Since 2009, many fans have been wondering about the twins’ personal lives, notably Vanessa’s, who has not yet established a stable relationship like her sister!

Vanessa Merrell and John Vaugh — Are They Engaged?

While Vanessa Merrell is often secretive about her personal life, she announced her relationship with musician John Vaughn via Twitter in 2021! The couple’s debut on Instagram showed them celebrating the Fourth of July.

Since then, they routinely share photos of themselves hanging out, and fans cannot help but enjoy the couple! John also provided a glimpse into their courtship in the music video for Missing You Today, which was released three days prior to Vanessa’s 25th birthday in 2021.

After more than a year, John Vaughn proposed to Vanessa, which she enthusiastically accepted and revealed via Instagram.

Veronica, the twin of Vanessa, expressed the same attitude and congratulated the couple shortly thereafter.

Must Check: Who is Isabel Lucas Dating? All About Her Boyfriend & Exes

Vanessa Merrell and her boyfriend Hootie Hurley split up when?

While people were unaware that Vanessa and Hootie had dated, Hootie decided to end their romance on his TikTok account.

While many admirers were surprised and felt that Vanessa and Hootie’s images and videos were adorable, many others were outraged by Hootie’s conduct. Fans also accused him of manipulating Vanessa and their previous relationship to get power.

In response to the incident, Vanessa went on YouTube Live with Veronica to address it. She revealed that her romance with Hootie ended in 2018, and they have never reconnected since.

Vanessa Merrell and Christian Seavey: Did They Date?

The couple met while filming for the Merrell Twins YouTube channel. Vanessa chose Christian as her match in the dating-show-based content.

Vanessa and Christian went on a date as a result of the selection process. Their lighthearted and flirtatious chemistry led many fans to believe that they were dating off-screen.

Unfortunately, Vanessa and Christian confirmed that they were “only friends” less than a month after their date.

How Long Did Vanessa Merrell and Aaron van Wormer Have a Relationship?

Prior to meeting The One in John Vaughn, Vanessa Merrell dated Aaron van Wormer.

High school, according to Hitberry, was where the couple met for the first time. They agreed to date shortly thereafter and went to Sin’s Eddie for their first date.

Due to Vanessa’s privacy, she did not post any photos or videos of their time together on Instagram. However, Aaron shared several gorgeous photos of them!

In 2016, he uploaded a photo of one of their dates and wrote that dates with Vanessa are “as perfect as her eyebrows.”

Who would have guessed that expression would be heard in 2022?

In addition, Aaron tweeted a photo of them enjoying the Fourth of July in 2016, with him carrying Vanessa in a bridal gown and proclaiming that she is “the only thing sweeter than liberty.”

While the pair never publicly announced their separation, fans believed they began drifting apart in 2017 when Aaron stopped posting photos of them.